Julien Absalon showed that he might take a fourth gold in Rio later this summer as he dominated Elite XCO European Championships in Huskvarna, Sweden. 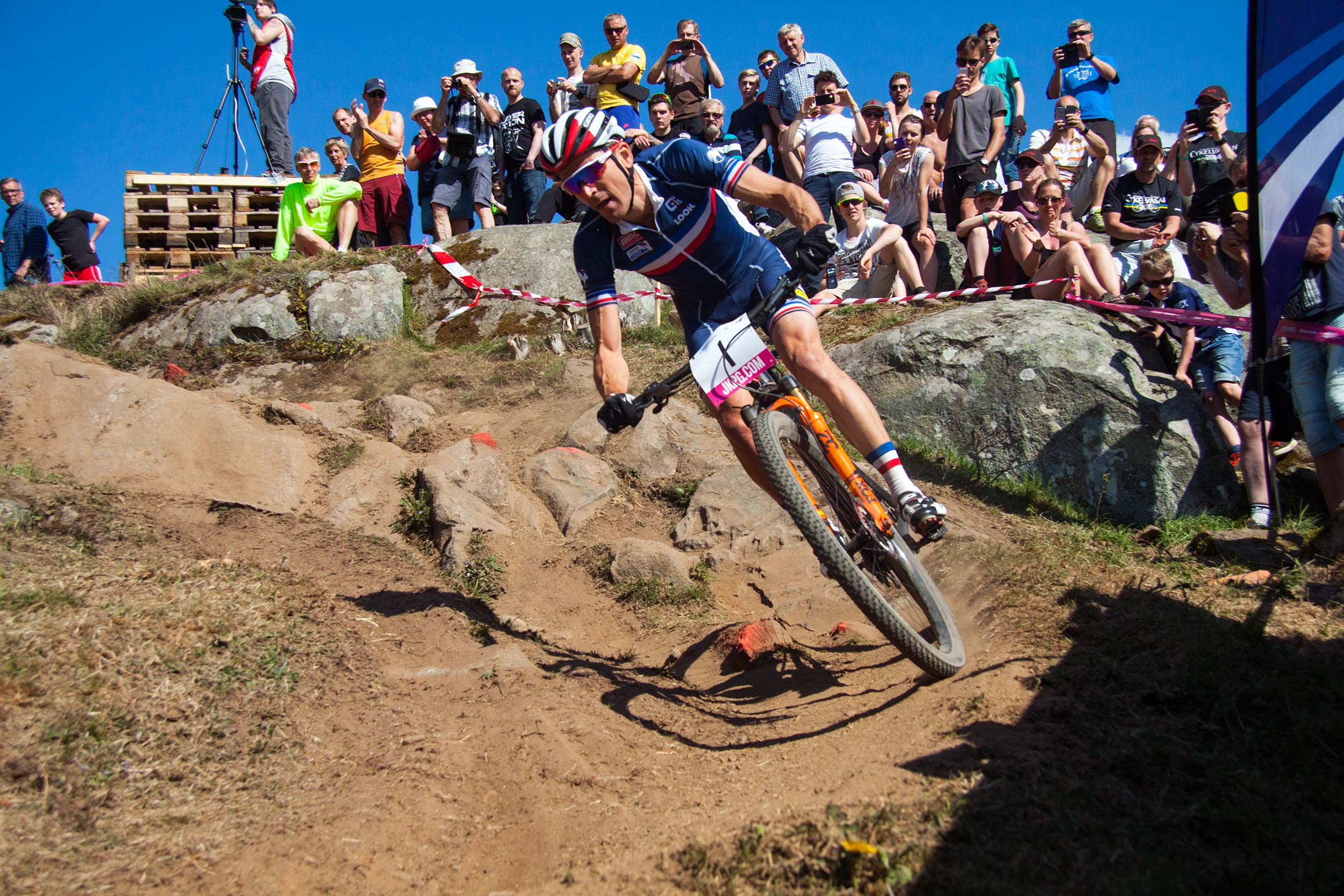 A tense atmosphere was suddelnly disarupted in a big cluod of dust as XCO mens elite took off. Swiss Lukas Flückinger lead the pack out on the first lap closely followd by French Olympian Julien Absalon.

Absalon let his countryman Stephane Tempier lead a group of 12 riders up the first climb but after that it was all about the three time Olympic champion followed for second place by Swiss Fabian Giger parked at second place just having to watch Absalon fly away with the gold. In battle for third early front runner Tempier had to give in to Czech Andrej Cink who then had a fight with Flûckinger for bronze. That fight lasted out on the last lap when Flückinger fell back in the field leaving Cink alone to take the final podium place.

The Swedish rider had a good day at work fighting their way up through the field from positions far back at start. Emil Lindgren showed class as he finished in 30th place making him fastest among the Scandinavian riders.